Founded in 1908 by the Catholic Diocese of Pittsburgh and the Sisters of Charity of Seton Hill, DePaul School for Hearing and Speech has been providing quality Listening and Spoken Language (LSL) education for children with hearing loss for over 100 years. The goal then, as it remains today, was to prepare each student for success in the hearing and speaking world.

The school was originally known as the Pittsburgh School for the Deaf (and later as DePaul Institute) and was in the Lappe Mansion on the North Side of Pittsburgh. Because of the school's growing population, the Pittsburgh Diocese purchased property in Mt. Lebanon and built a new facility in 1911 for educational and residential programs. The programs at DePaul School grew and prospered on that site until the summer of 2002, when DePaul moved to its current location in the former Sacred Heart High School in the Shadyside neighborhood of Pittsburgh.

At DePaul School, children who are deaf or hard of hearing are taught to understand spoken language and to speak clearly and with confidence while being provided a rich academic curriculum. DePaul is the only school in Western Pennsylvania where the integration of listening, speech and language development are taught in every classroom, every day. The school curriculum is closely aligned with state and national standards in all academic areas.

DePaul School is one of only 41 schools in the country teaching Listening and Spoken Language (LSL) education to children who are deaf or hard of hearing. DePaul is the only LSL school in the Western Pennsylvania, Ohio and West Virginia tri-state area. Additionally, DePaul is one of only a handful of LSL schools in the nation who will teach children above age six. Programs at DePaul School serve children from birth to age fifteen. DePaul School also educates children who have been late-diagnosed, who are transferring from sign language or Total Communication programs, and those who have other speech-related challenges, such as apraxia.

A time capsule from 1949 containing letters, photos and more was recently opened revealing more history on DePaul School for Hearing & Speech. Check out this special video capturing some of the excitement! 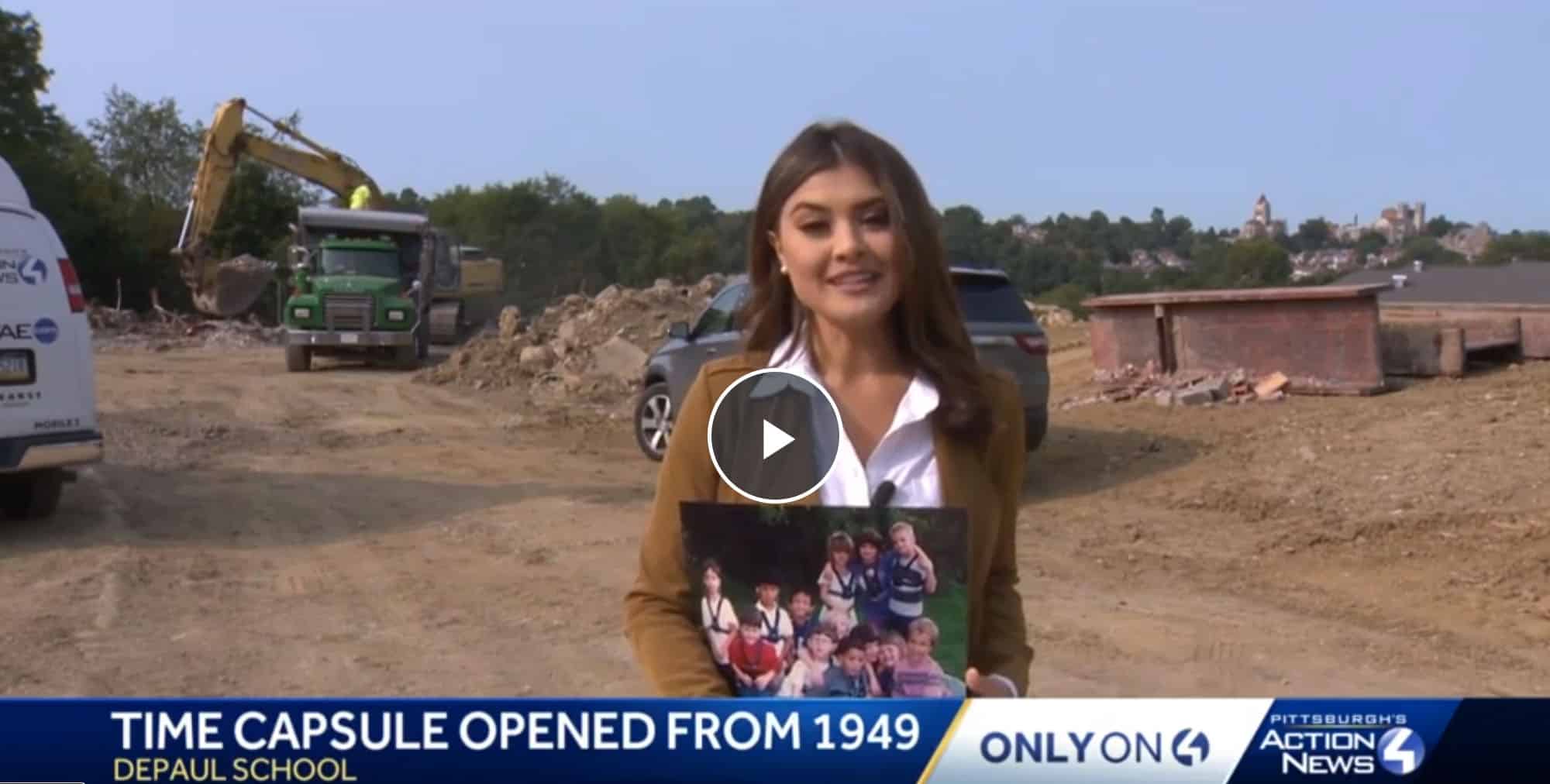 Meet Blakely and Jake. Their daughter, Anna, was born deaf... and is now getting ready to mainstream to her neighborhood school alongside her hearing peers! Blakely and Jake decided to move from Louisiana to Pittsburgh so Anna could attend DePaul School for Hearing and Speech to learn to listen and speak.

Meet Amanda. Her daughter, Samantha, is deaf. After learning to listen and speak at DePaul School for Hearing and Speech, Samantha is now thriving in her neighborhood high school!

Meet Elena LaQuatra, one of Pittsburgh's best on-air reporters (WTAE-TV) who just so happens to also be 100% deaf. Elena completely lost her hearing but, thanks to her education at DePaul School for Hearing and Speech, now talks FOR A LIVING!