The History of DePaul

"The best and most beautiful things in the world cannot be seen or even touched — they must be felt with the heart."
-Helen Keller

"Tell me and I forget. Teach me and I remember. Involve me and I learn."
-Benjamin Franklin

"The future belongs to those who believe in the beauty of their dreams."
-Eleanor Roosevelt

“I came from Troy Hill Public Grade School to DePaul in September, 1960. I graduated in June, 1963. I learned a lot in those 3 years at DePaul.  Sr. Mary Linus was my main teacher in the first year. Sister Philomena was my main teacher the next 2 years. Sister Philomena was an excellent teacher.  I learned alot from her….I made good friends at DePaul. It was the first time I met other students like myself.  We could look at each other and talk to each other....

“...At age 7, I got my first body hearing aid. I did not like it at first. I had to get used to the new noises. I stayed in the mainstreamed classroom. There were about 25 to 30 children in each [public school] class. I was the only student, with [a] hearing problem and wearing a hearing aid.   I had to sit up front so I could see the teacher's face to lipread. I had a special education teacher come in for about 2 to 3 hours one morning a week. We went to another room and she helped me with my school work. Also, I had a speech therapist, who helped me with my speech.  When I was in 7th grade, the city decided to close Troy Hill School because it was an old building. I would have to go to Latimer Junior High School. The classes at Latimer Junior High were twice as big. It would be hard.

“My special education teacher found DePaul. I got on [the] DePaul big yellow school bus on the North Side.  I rode the school bus to and from DePaul. Mary France (Huwe) Kuszaj was one of my first friends and a good friend at DePaul. We were in the same class for 3 years. Marlene (Kauer) Foley,  Ann (Miller) Smith, Paul Laird, Maritta Matthews were in my class too.  I graduated from DePaul in June, 1963…. I remember I won a medal in the National Latin test.  I was surprised and [was] awarded it at the DePaul Graduation ceremony. Now I am one of the Board members of the Hearing Loss Association of Pittsburgh.” 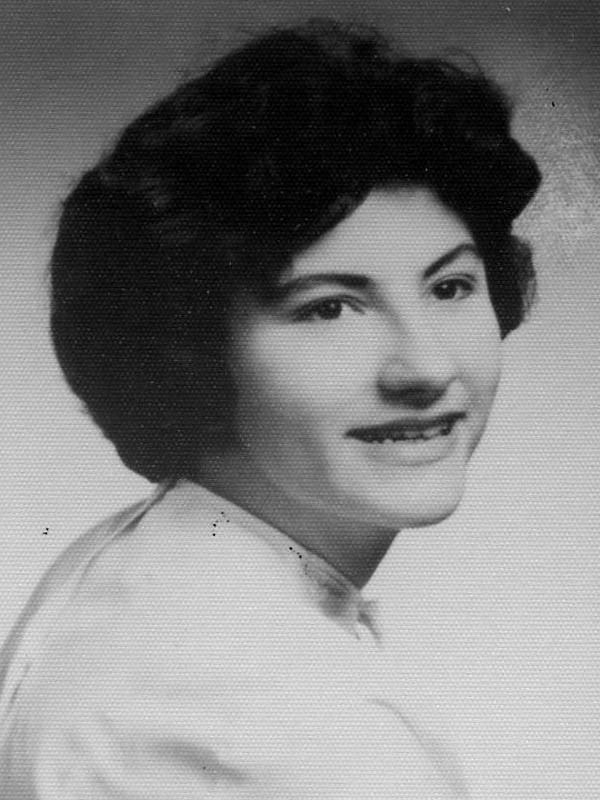 *Click on the image to read more about Arlene.

“My experience with DePaul goes back to 1952, so almost seventy years [ago]! I started at DePaul when I was three and some of my earliest memories are of the school. It was DePaul Institute then, and the school specialized in both deaf and blind children. My hearing loss was not profound but, [instead,] high frequency hearing loss, which impacted my ability to learn to speak clearly. I stayed at DePaul for five years then transitioned to fourth grade at my local school.

“I was so young and it was quite a while ago, but here’s what I remember the most. I loved school and the nuns (Sisters of Charity) patiently worked with all of us with various degrees of hearing and sight loss. Socializing and lunchtime required learning unique communication skills when some of your friends couldn’t hear and some couldn’t see. Somehow we talked and laughed and I got to play intermediary. The kids that were blind walked the halls and the steps without help. We were taught when to help and when to let them learn to navigate the world on their own. A great life lesson.

“I didn’t like that I couldn’t talk to my deaf friends on the phone when school wasn’t in session. There was no technology then that facilitated that kind of communication.

“I remember the bus ride.  I lived in the Knoxville section of the city.  The school bus stop was 6-7 blocks away.  For the first couple of years my mom walked with me.  The last two years I took a streetcar by myself to the bus stop then got the school bus to Brookline. I felt very grown up and independent.

“My final year at DePaul, I made my First Communion.  The only pictures I have from my years at DePaul and of a few of my friends were from that Sunday.  We all look very devout.

“My memories are scattered but the overall feeling that I get when I think of DePaul is that I was very lucky to get my start there. I give them credit for preparing me  to successfully move through life and I’ll always be grateful.” 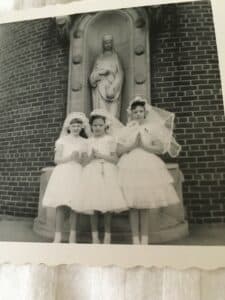 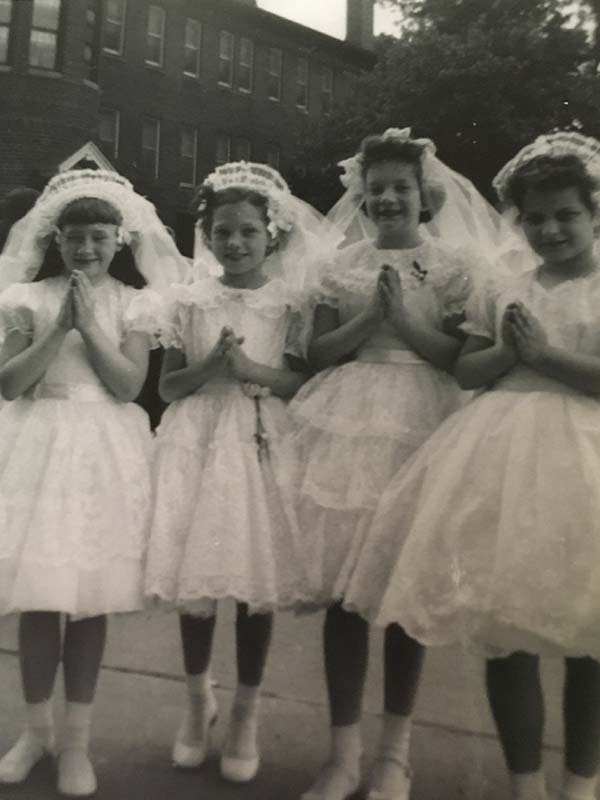 *Click on the image to read more about Margie.

“I graduated from the former DePaul Institute's Mt. Lebanon campus in 1968 and went on to the former South Hills Catholic High School and was involved with the school library there. After graduating in 1971, I majored in Liberal Arts at Boyce Campus of Allegheny County Community College, graduating in 1974 and going to Point Park University's School of Journalism and Communications, graduating in 1976. My employment included proofreading at a weekly newspaper for the South Hills, printing companies in Pittsburgh, a construction company in South Carolina, and a real estate appraising company near Washington, D.C. My DePaul education has enabled me to do great things that would not have been possible without the dedicated teachers and Sisters of Charity's speech and lipreading training. I am very grateful to all who assisted me in getting a wonderful start in life, including my parents. My DePaul lipreading training and wearing hearing aids enabled me to better hear and understand spoken language all through my school years and in my employment. I received a cochlear implant in 2009 and it has really enriched my communication abilities with people and with speech synthesized equipment, telephone, television and radios.” 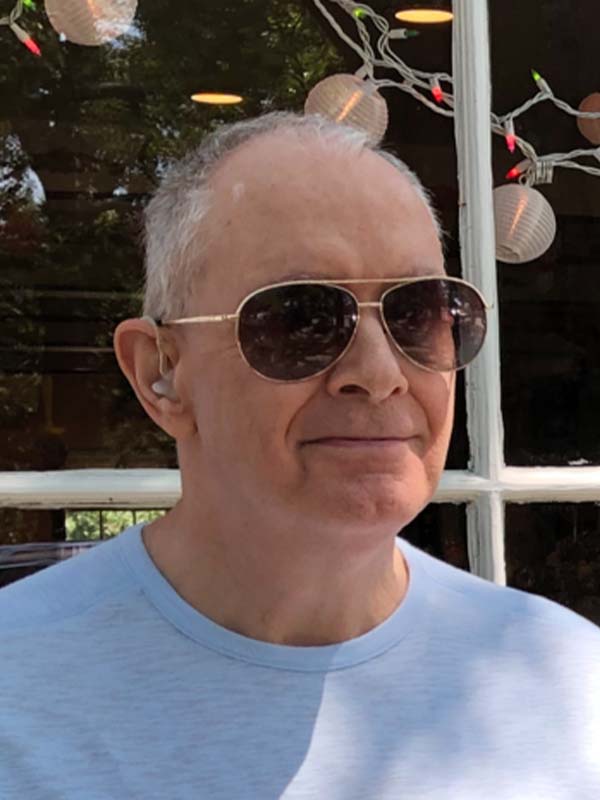 *Click on the image to read more about Robert.

“I was born with a severe hearing loss, but my parents did not find out till I was in nursery school in San Jose, CA. My dad found out about DePaul Institute and drove me everyday to school from our home in Pleasant Hills.  He was dedicated to my education as I have five younger sisters with no hearing loss.

“I started DePaul at six years old and finished the equivalent of Fourth Grade before I was mainstreamed at St. Elizabeth Parish School.  My fond memories are of Sister Justina, learning how to speech read, getting my first hearing aid, our Christmas plays and escorting a blind friend during our First Communion procession. While I was there, I was very reserved [and] my teachers joked [that] I was a troublemaker.

“I spent most of my career in Information Systems, retired last December as a part time Silver Sneakers Instructor.  I have lived in Rochester, NY for over 30 years with my husband Joe.” 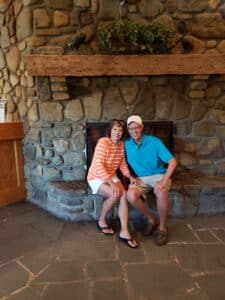 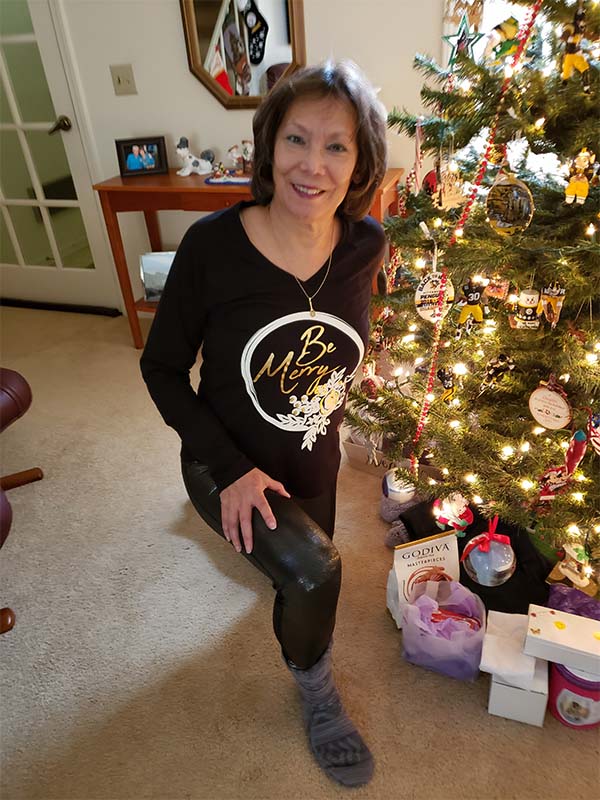 *Click on the image to read more about Dawn.

“The memories of my times at DePaul are still vivid and clear long after I graduated in 1984 to attend high school.  I started going there early in 1972 when I was not yet 2 years of age. My mother made daily trips with two younger siblings in order to get me started to learn how to listen and speak after being diagnosed with a hearing loss at 20 months of age.  Within a few weeks after starting at DePaul, I said my first word, “ball”.

Fast forward to my early pre-teen years, I learned that I was the 4th generation student at DePaul.  My paternal grandmother’s mother was one of the first pupils to attend DePaul back in 1908.  The school was on the North Side then.  I recall my great grandmother riding in the car with me some days when my grandfather would pick me up daily at DePaul after school since there was no regular public school transportation like we have today.  She would beam with pride that I would be speaking to her about my day at school.  She was part of a group of students that moved from the North Side to Mount Lebanon/Brookline location.

Not only does DePaul have a history on my father’s side, my maternal grandmother’s sister was a member of the Sisters of Charity and a teacher at DePaul for almost 20 years.  During those years at DePaul, my mother as an infant and little girl would make many visits to DePaul to visit her aunt, not knowing that someday her child would attend DePaul.

I was fortunate enough to be one of the few alumni members to come back to DePaul to teach.  There were several alumni members there as a staff while I was a student, one as a teacher and a few others working in various locations such as an aide, kitchen helper, building and grounds keeper.  Those people were always happy to share their stories of their childhood at DePaul and I made sure I continued to share those happy days with my students when I started working there right after I graduated from college.  I was fortunate enough to be part of both alumni and staff members to move from Mount Lebanon/Brookline location to the present location.  Just like my great-grandmother was there to witness DePaul moving from one location to another about a century ago.  The former campus is also where I first met my wife.

Most people that I encounter that have a connection or attended DePaul would always say that the school has a special place in their hearts and minds.  There are many memories, both inside and outside the classroom that we share.  There are many that I could share but for now I will provide two things that are still obvious many years after graduating from DePaul.  First is lifelong friendship.  To this day, I am still very close to my childhood friends that I made at DePaul.  Second is acts of charity.  Not only as a student learning at DePaul in the classrooms, my peers and I were encouraged to think and help others - both in thoughts and deeds.  We would write cards to those in need, do volunteer work in various places, sing Christmas songs at nursing homes, plant trees and do things outside to keep the environment clean. After graduating from DePaul, I still came back to visit the teachers while I was in high school and to do volunteer work such as cleaning and maintaining the DePaul grounds as part of my Eagle Scout project.  When I would finish my college semesters early in May, I would volunteer for a few weeks during the last weeks of school in May and June to help with end of year activities. Maintaining close relationships with friends and doing good deeds are some of the important things that remain in my heart and mind.” 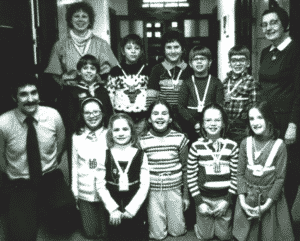 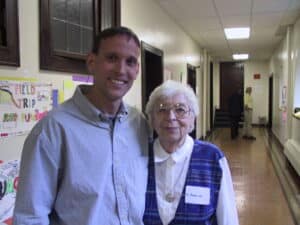 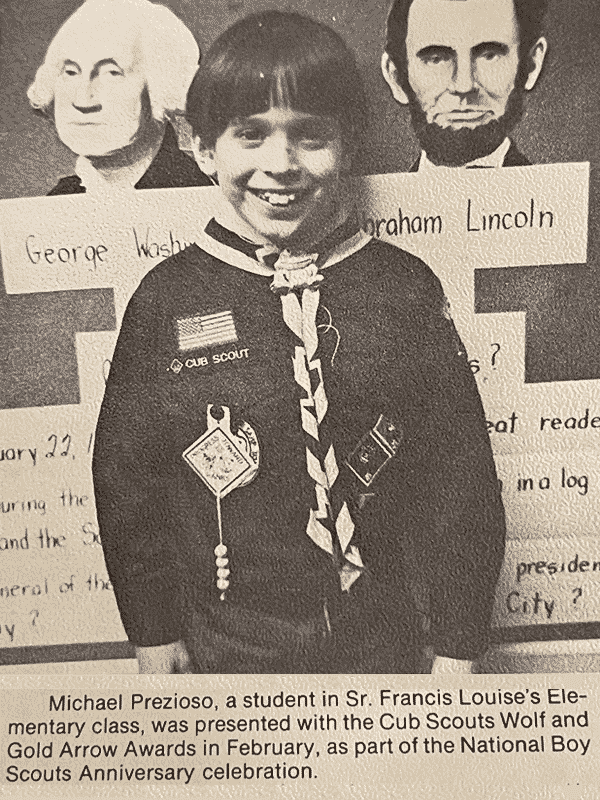 *Click on the image to read more about Michael.

DePaul School for Hearing and Speech has been providing children who are deaf or hard of hearing with a full complement of supportive services since its inception in 1908.

Thanks to generous donors, DePaul has been able to educate children who are deaf or hard of hearing for over 100 years.